This year 62nd edition has been one hell of an emotional rollercoaster with a telenovela vibe.. which means drama, anger, passion, cliffhangers and tears

With former CEO fired, and the arrival of a woman  in the game, hope to end up a very toxic situation was there. Alas, the newly appointed Recording Academy President and CEO Deborah Dugan has been put on Administrative Leave, effective immediately on January 16th 2020. Because she wanted more clarifications on the nominating and voting process. Since then she is in every media telling her truth and trying to set some records straight like for example the way America’s sweetheart Taylor Swift has been robbed of her title for album of the year with” Red “and” 1989″.

Here you go for the telenovela  rollercoaster.

Maybe this was the reason why Taylor didn’t attend the ceremony and all the prior events. A sign of protest and to show her support to the newly” fired”  Grammys CEO. Or maybe she knew that this year again she wasn’t going to get anything and then decided to boycott the ceremony. Same thing could happen with Beyoncé in the future as she keeps on being ignored by the academy.

Here you go with anger

But anyway with the death  of her friend basketball player Kobe Bryant, she was so devastated it was nearly impossible for her to perform anyway some close sources say.

The friendship between Bryant and Swift goes back 4-and-a-half years, to when she sold out her record 16th show at the Staples Center in L.A., home to Bryant’s Los Angeles Lakers (he retired in 2016).

During the show, Bryant surprised Swift by first admitting he was a fan, then presenting her with a banner in the rafters. It was an emotional moment that included hugs and probably a few tears. Bryant talked about being a Swift fan as recently as September 2019 when he was a guest on the Jordan Harbinger Show.

I also salute the Jonas Brothers for refusing any interview in honor of Kobe.

That was the drama.

Bryant, an 18-time All-Star and five-time NBA champion, played his entire 20-year career with the Lakers. Fans gathered in front of the Staple Center despite police attempt to make them go away, the area closed to the public as it was hosting the Grammys . The center is home to the Los Angeles Lakers, and the likely place to gather after news that basketball great Bryant, 41, his 13-year-old daughter Gianna, and seven others were killed in a helicopter crash Sunday morning on a remote hillside in Calabasas. 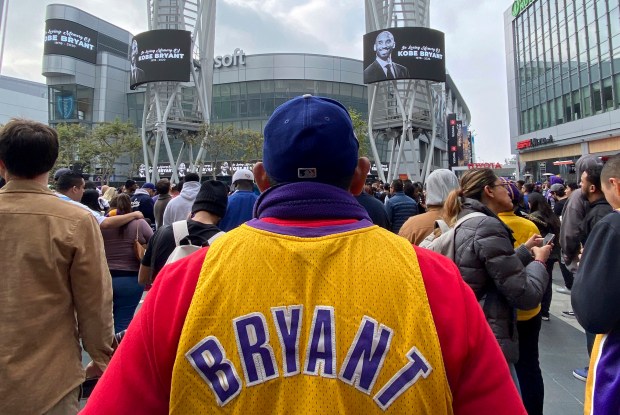 My impressions about the ceremonies.

Actually there are two ceremonies for the Grammys though one is more famous than the other. The first one called Grammy Premiere Ceremony  hosted by Imogene Heap this year.The woman is famous for her work on Broadway about Harry Potter. The ceremony is about regional, new age, children, soundtrack music and more focused on genuine talents according to me. Not only marketed ones.

With  performances by Chick Corea & The Spanish Hearts Band, I’m With Her, Angélique Kidjo and Nicola Benedetti, among others. GRAMMY Awards were presented by PJ Morton, Nathalie Joachim, Jimmy Jam, Luis Fonzi and Esperanza Spalding.

You gotta know the indie Grammy scene is much more active and sometimes more lively and creative.

Then in the afternoon starts the broadcasted show .

Alicia Keys should be the lifetime host of ALL award shows (and should get her own award for most costume changes in a single awards show). She was the right person to appease us all. The sadness about Bryant’s death evident.

Her tribute words were as powerful as moving.

Keys kicked off the show which it’s taking place at Staples Center as we speak and Alicia said, “heartbroken.”

“We never imagined in a million years we’d have to start the show like this,” she went on. “So we wanted to do something that could describe, a tiny bit, how we all feel right now.”

Boyz II Men then joined her in a surprise performance of “It’s So Hard to Say Goodbye to Yesterday” in honor of Bryant.

Just before the larger tribute, Lizzo opened the show by saying, “This one’s for Kobe” before launching into a powerhouse performance of “Cuz I Love You.” 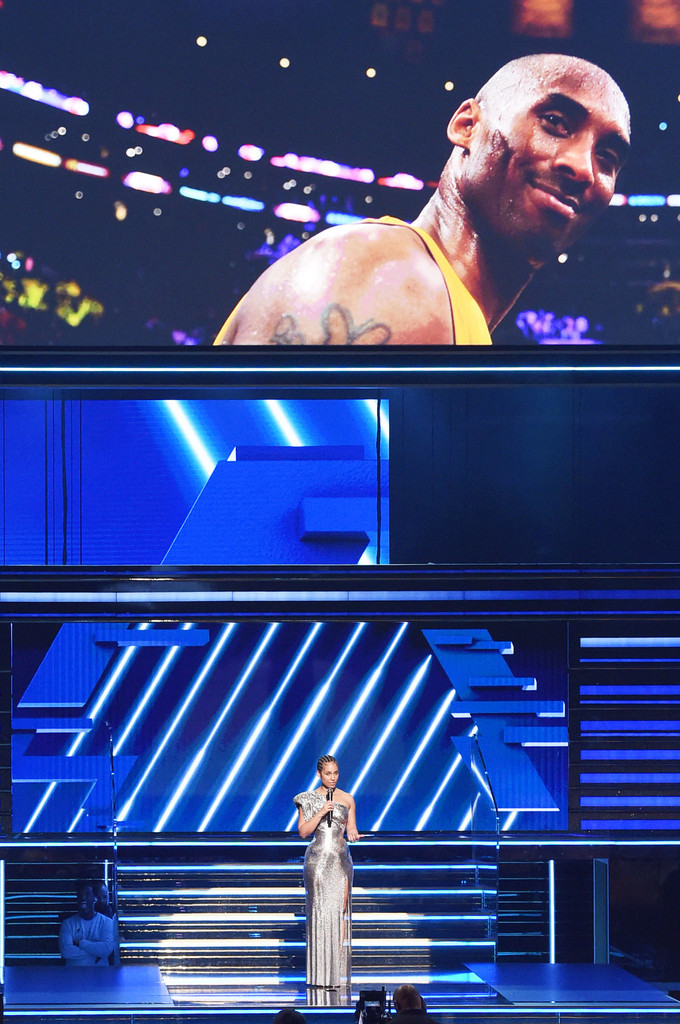 Lizzo is the rare performer who is actually better then her hype. And such an hope and kick to so called ” normality”. You can be a overweight black woman and make it… Because you are yourself, and you are beautiful. 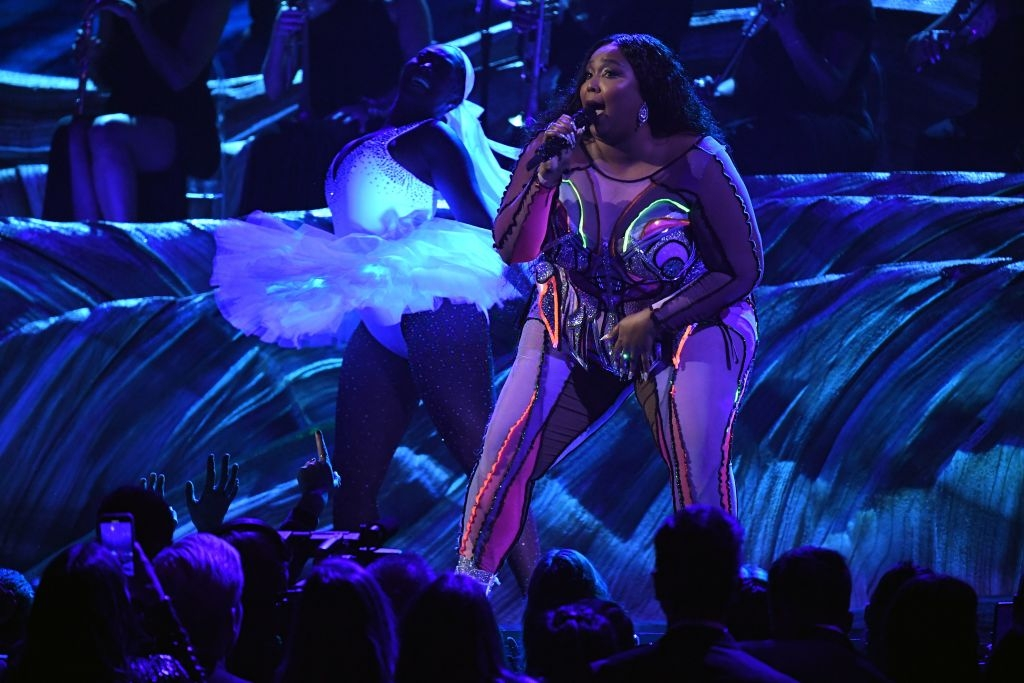 So disappointed for Lana Del Rey her album Norman Fucking Rockwell is pure poetry from start to end . Chiseled writing and mesmerizing melodies with that voice of her that makes all the difference.

However Lana has been around for a long,  long time , has an ever growing fanbase, sold out concerts. Maybe it is not a consolation especially if you want to be appointed by your peers, but the fans love last longer and is so much stronger.

Complaining about who wins/doesn’t win is pointless. The Grammys have pretty much been a joke since they started. They’ve always been more about celebrity and performances then choosing the “best” music of the year.
Walk this Way was to 1985 what Old Town Road is to 2019…inclusive popular music at its best.
DJ Khaled is the new Pitbull…he’s on every other song, show and commercial.
Gary Clark Jr. and the Roots “This Land” is the rare political charged song on the Grammys, a nice change of pace.

I wanted to give Demi Lovato a big hug. And I was crying my eyes out.I could feel her heart when she sung. I cried while watching this performance.  That overdose two years ago was a cry for help or maybe a way to end it all , for she couldn’t bear the suffering anymore.  She is now cleaned and in good hands with Scoter Braun ( Justin Bieber and Ariana Grande manager) so all is going to be fine. Keep going strong Demi, there are so many people who love you. 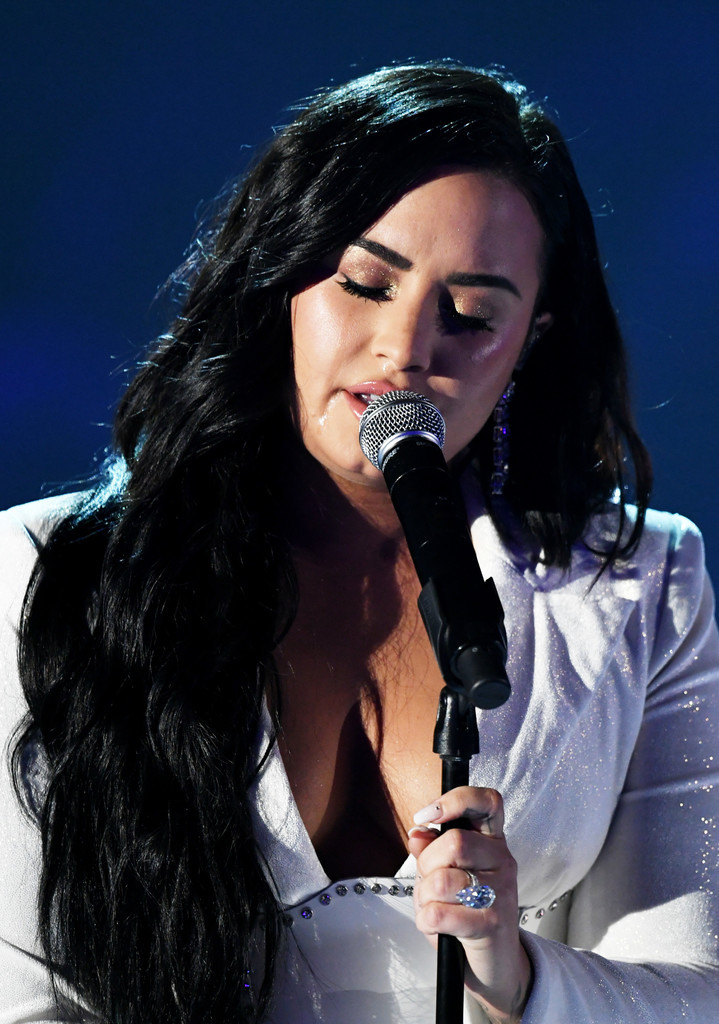 Told secrets ‘til my voice was sore

‘Cause no one hears me anymore

Not sure what Nipsey Hussle did to deserve such a big tribute performance (he was well known in LA but basically a minor figure nationally) but it was actually quite good.
Really enjoyed Trombone Shorty and the Preservation Hall Jazz Band’s eulogy performance…great way to send off all those that passed away this year.
Dua Lipa is adorable.
Black Pumas were robbed…but based on history it’s not  always good to win the Best New Artist Grammy so Billie Eillish can have it 😉
Cyndi Lauper never ages. 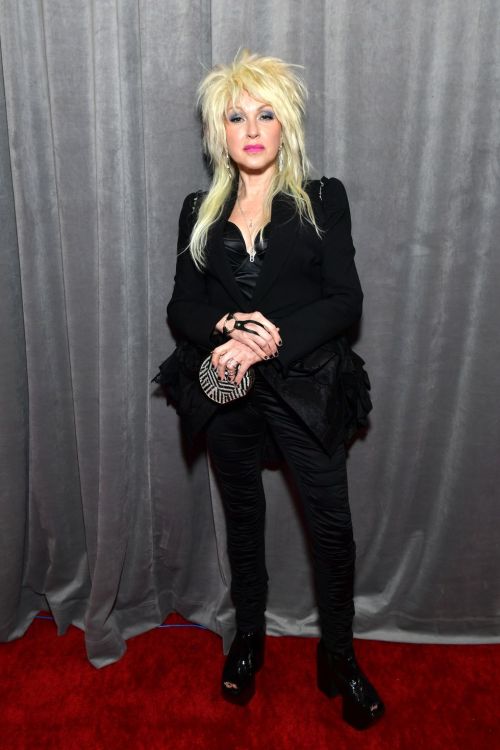 Congrats to Billie on winning Best Pop Vocal 💕 – what she’s doing as an artist and musician is pretty groundbreaking right now and will continue to make waves throughout music. Also, congrats to Finneas on his win for Best Producer, Non-Classical, his body of work and his fingerprints on pop music are very impressive and of the moment

Some of my favorite moments from the 2020 Grammys

The craziest looks this year again. 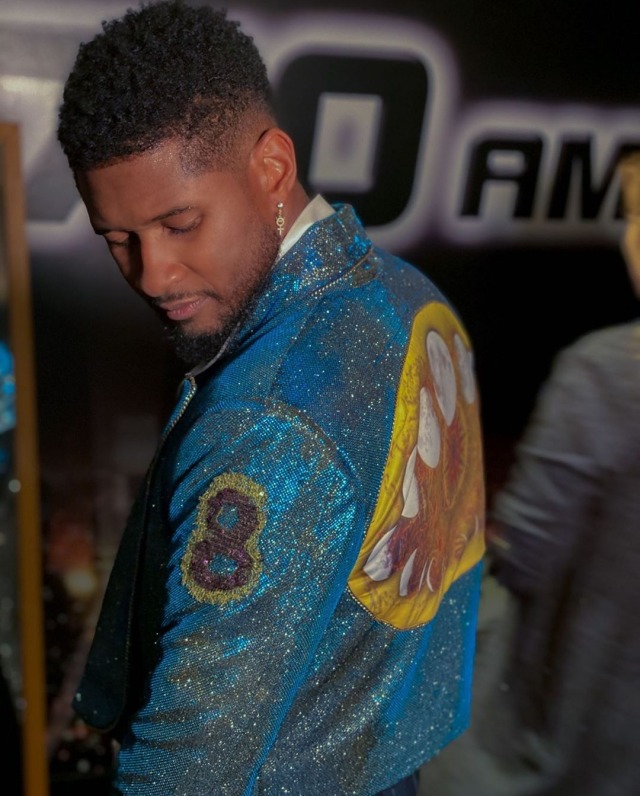 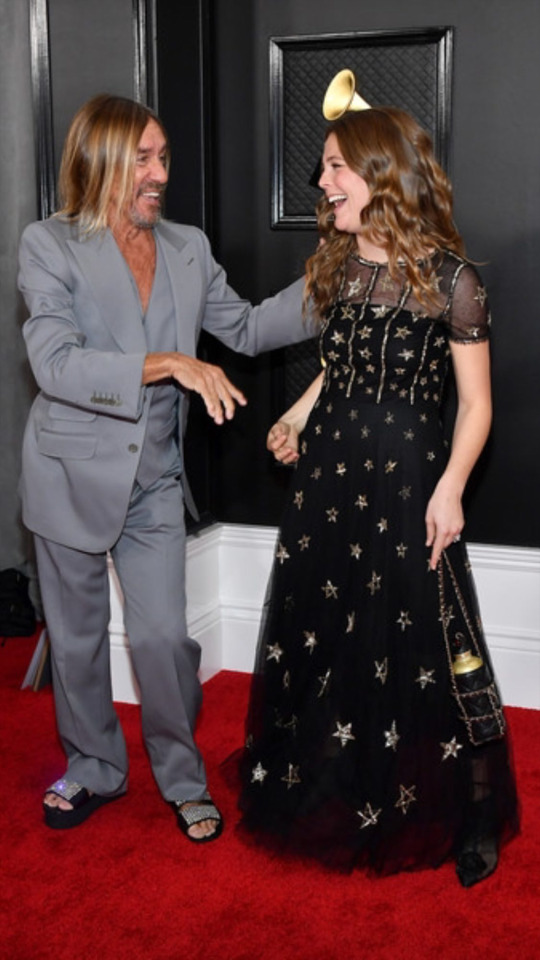 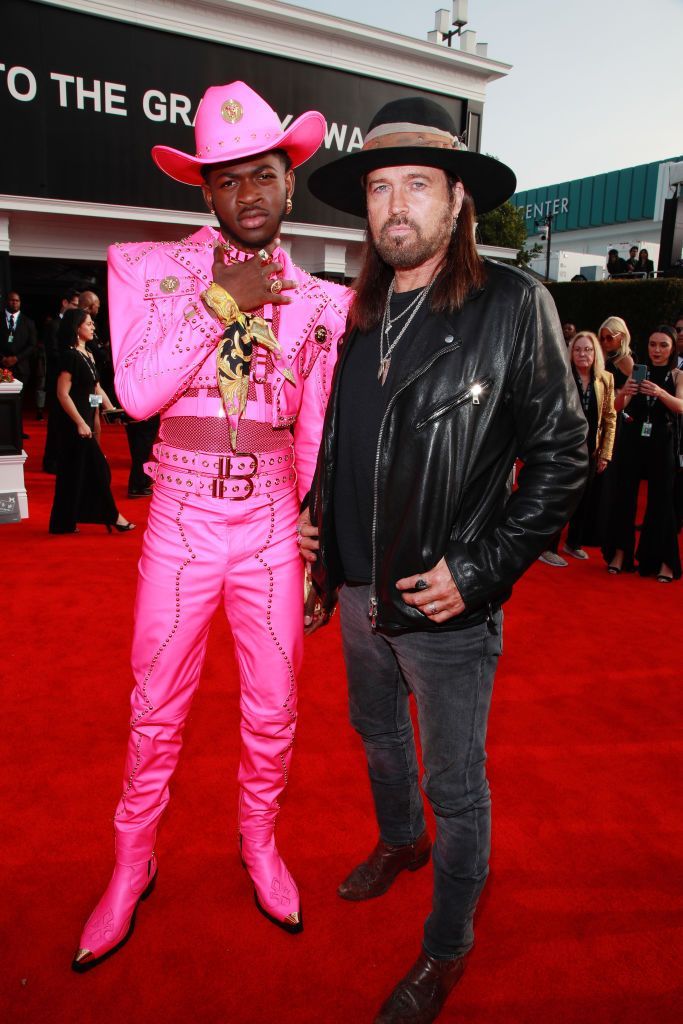 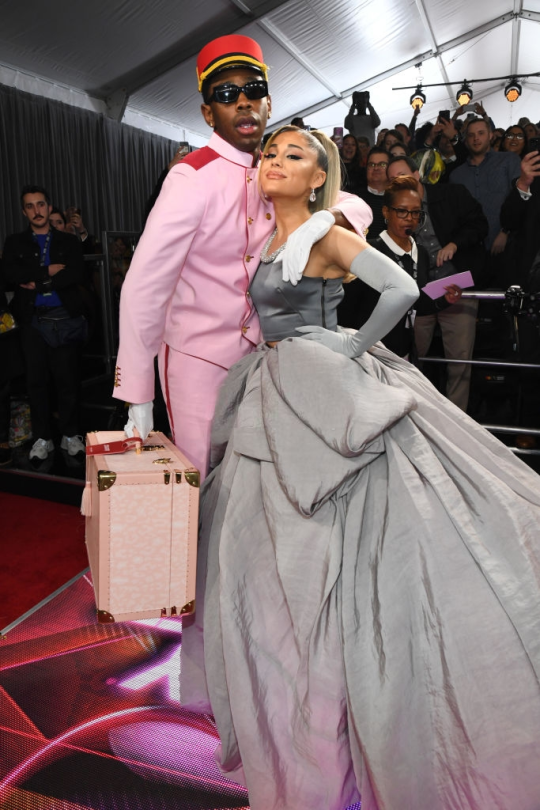 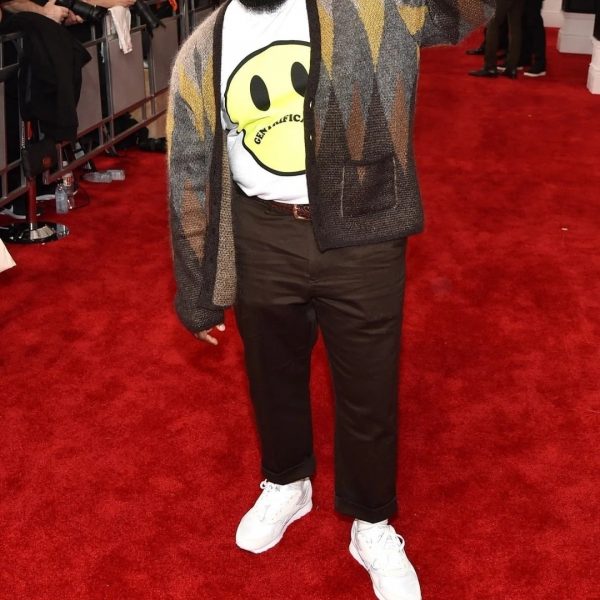 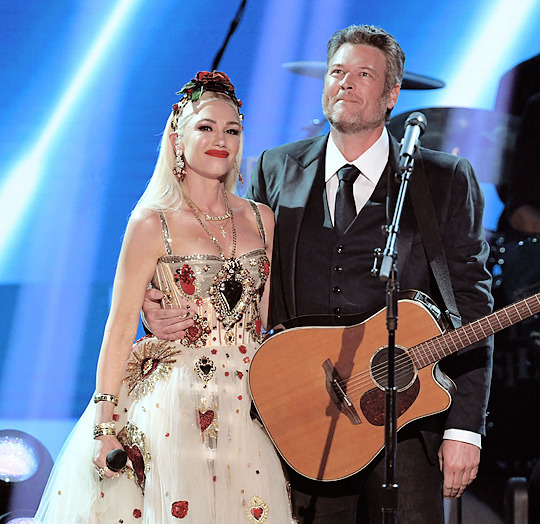 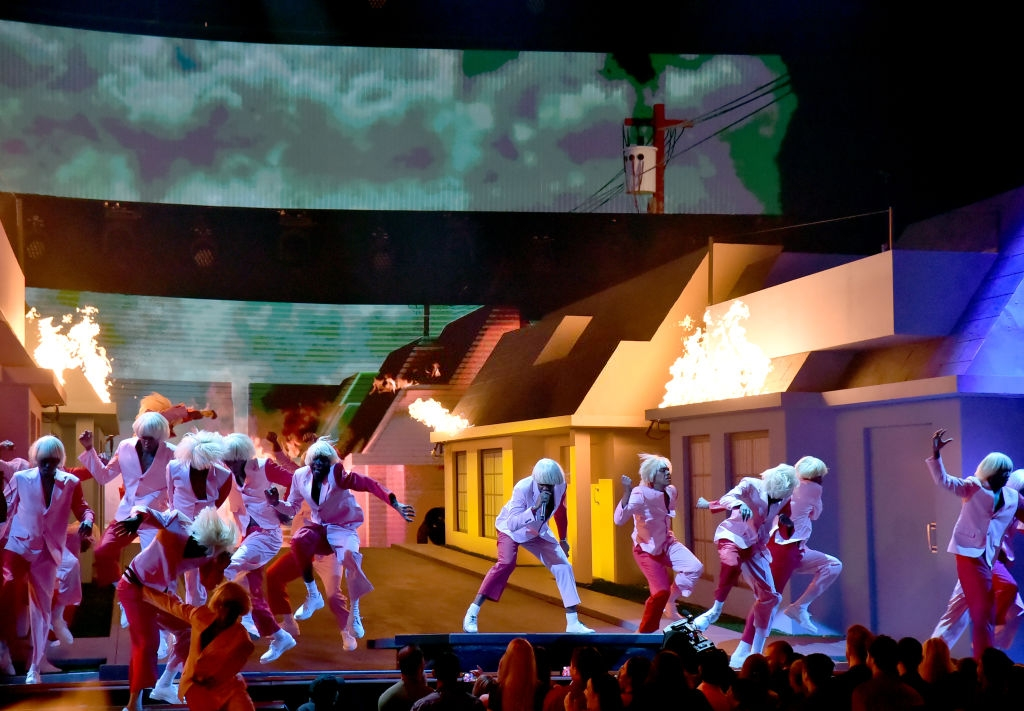 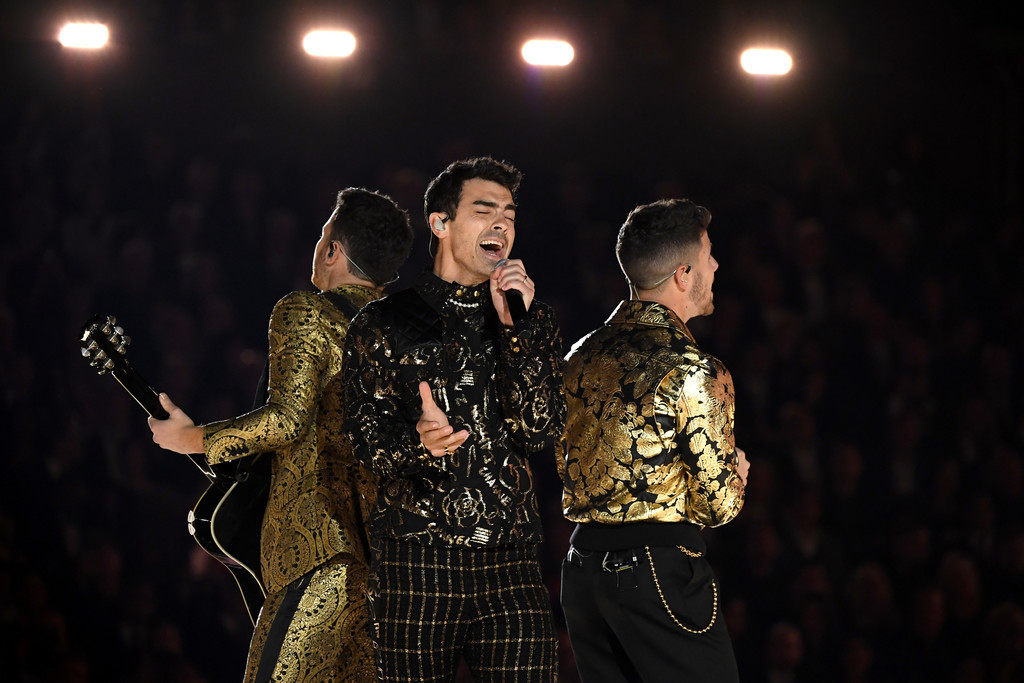 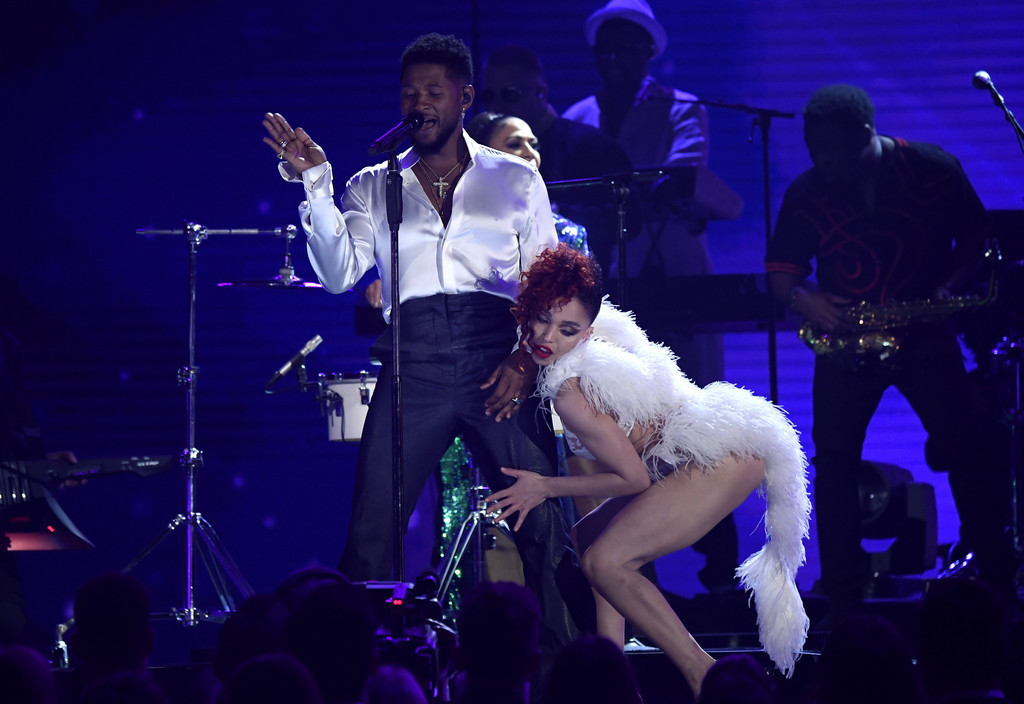 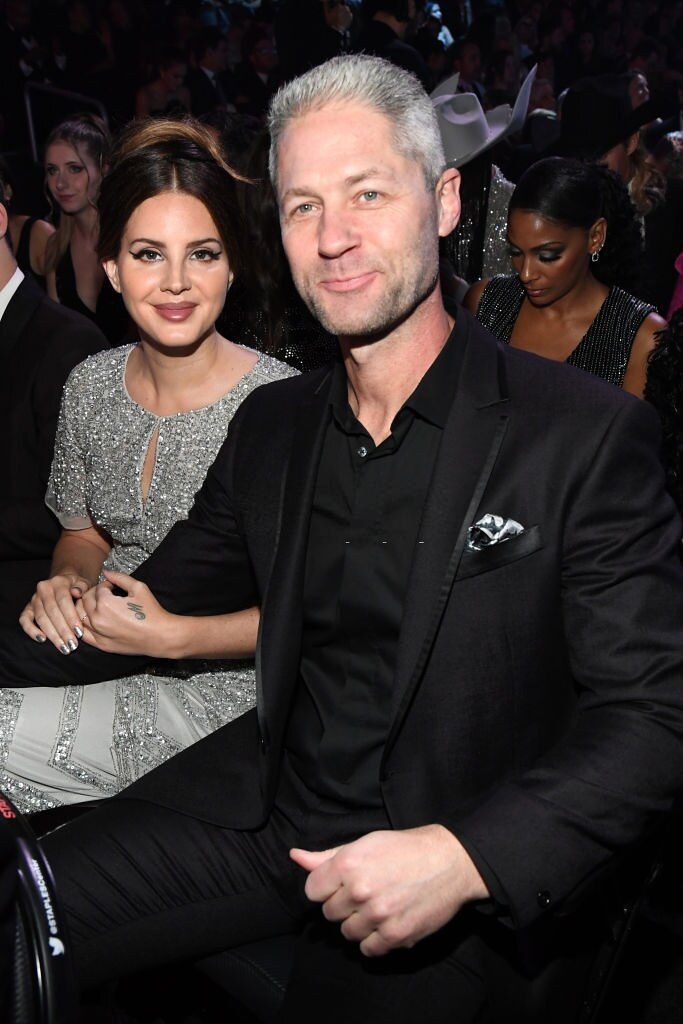 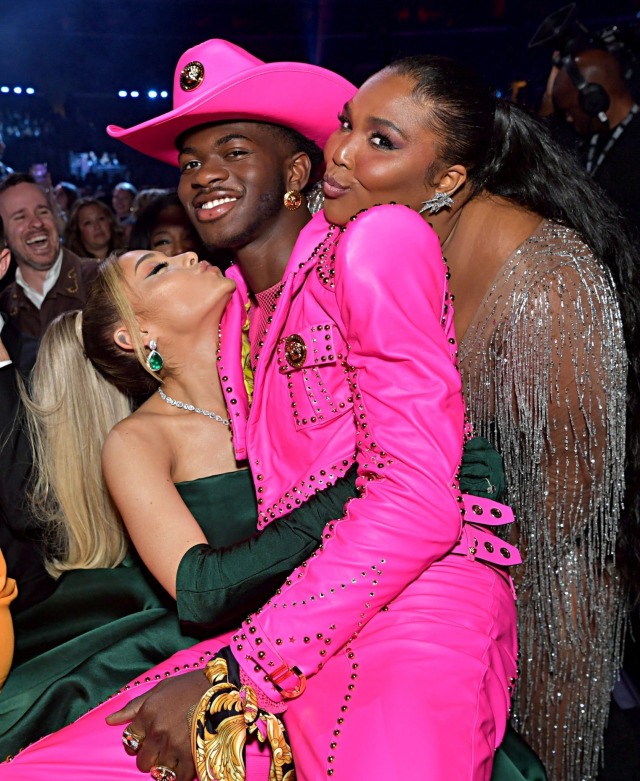 After all these emotions, time to party and have fun.

Then we get back to pay our tribute to Kobe . Thanks to Arthur Johnson for filming for us