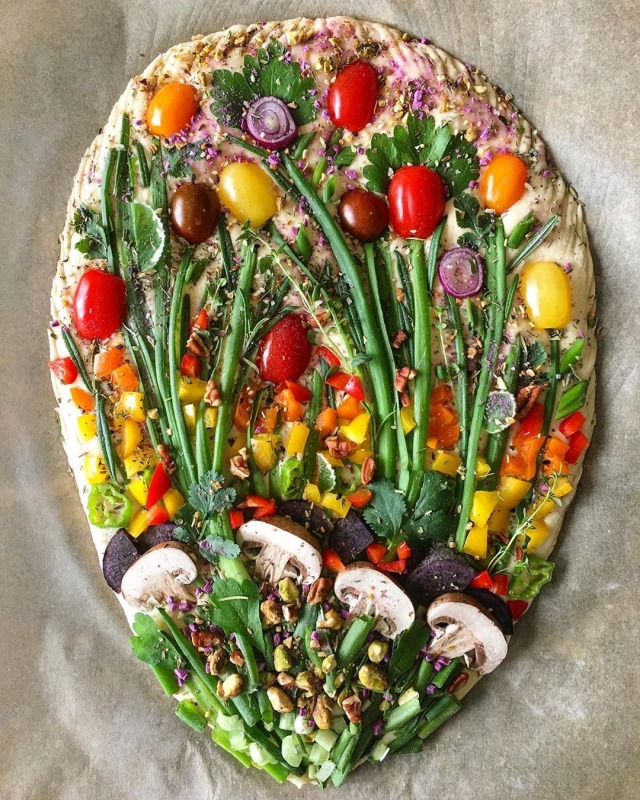 Gastronomy Around The World Part II

As you all may know by now, I love to travel and try local foods of the places I visit and post/share them with you guys.

So during my stay in Budapest I had this delicious flavorful meal called Marhapörkölt galuskával. Pörkölt basically is a meat stew and what you see in the bottom is some really nice uniquely shaped noodles. This plate originates from Hungary, but is eaten throughout Central Europe. I had this dish at a restaurant/bar called The Limit bar (in Budapest) and It was under a menu labeled as Hungarian special food so you know I had to have it. 🇭🇺 🍴

Goulash was number one on my list of foods to try in Budapest, so I hit the streets as soon as I landed and found a cute little place to have some traditional goulash. Goulash is a stew of meat and vegetables usually seasoned with paprika and other spices. It is one of the national dishes of Hungary. It is also a symbol of the country. Originating in medieval Hungary, goulash is also a popular meal in other parts of Europe. My luch was to be able to have my own vegan style.

Granita is a semi-frozen dessert made from sugar, water, and flavorings. Originally from Sicily, it is available all over Italy in different forms. It’s related to sorbet and Italian ice; however, in Sicily, it has a coarser, more crystalline texture. Food writer Jeffrey Steingarten says that “the desired texture seems to vary from city to city” on the island; on the west coast and in Palermo, it’s at its chunkiest, in the east it’s nearly as smooth as sorbet. This is the result of different freezing techniques: the smoother types are produced in a gelato machine, the coarser varieties are frozen with only occasional agitation, then scraped or shaved to produce separated crystals. Although its texture varies from coarse to smooth, it is always different from ice cream which is creamier, and from a sorbet, which is more compact; this makes granita distinct and unique.” Common flavorings include lemon juice, mandarin oranges, jasmine, coffee, almonds, mint, wild strawberries, and black mulberries. Chocolate and almond granitas have a tradition in Catania. Granita with coffee is very common in Messina. Granita in combination with the yeast pastry brioche is a common summer breakfast. Granita is also found as a slush-type drink in a paper or plastic cup with lid and straw. Made with savory ingredients or less sugar than the dessert, Granita is often served between courses of a meal as a palate cleanser. 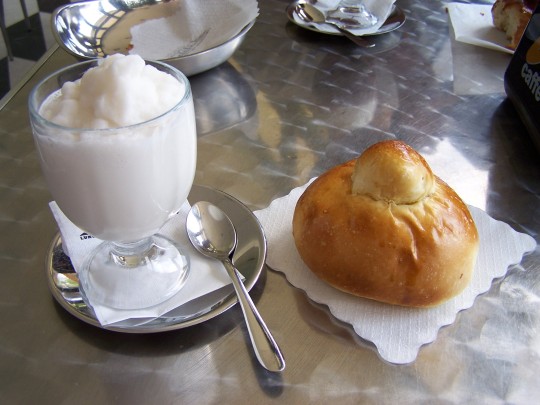 They’re soft and chewy, similar to pitas and they’re made on the stove rather than in the oven. During cooking, they should puff up as the inside fills with air, leaving a pocket which can be stuffed with any kind of filling or spread.

Activate the yeast by mixing it with ¼ cup of warm (not hot) water and a teaspoon of sugar. Set aside until frothy, 5-10 mins. Blend flours, remaining sugar, and salt in a mixing bowl. Add yeast, oil and the rest of the water, and mix to form a dough. The dough should be soft but not sticky. If it’s too sticky to work with, add a little flour, 1 tablespoon at a time. (Remember the dough will absorb more flour if you knead it by hand.) If the dough feels a bit stiff, work in additional water, 1 tablespoon at a time. Knead dough in a mixer with a dough hook, or by hand on a lightly floured surface, for about 10 mins or until smooth and elastic. Divide into smooth balls and leave them to rest, covered, on a lightly floured surface for 10 mins. Roll out each ball into a thin circle about 1/8 inch thick. Set rolled out dough on a clean, dry towel and cover. Leave to rise for 1 to 1 ½ hours. Preheat a very lightly oiled cast iron skillet, griddle or other non-stick pan over medium heat. Cook the batbout, turning several times, until golden brown on both sides. The browning will be a bit uneven since the bread puffs up as it cooks, but that’s okay. Transfer to a rack to cool. It’s okay to stack them while they’re warm. Batbout will keep fresh for 2 days at room temp. 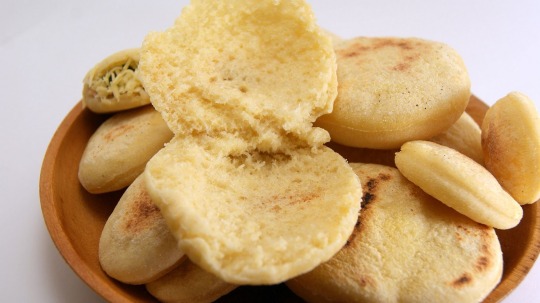 Fattoush (فتوش) is a Lebanese bread salad made from toasted or fried pieces of Arabian pita bread (khubz) combined with mixed greens and other vegetables, such as radishes and tomatoes. It belongs to the family of dishes known as fatta, which use stale flatbread as a base. Fattoush includes vegetables and herbs according to season and taste. The vegetables are cut into relatively large pieces. Staghorn sumac is usually used to give fattoush its sour taste. Primary ingredients include: 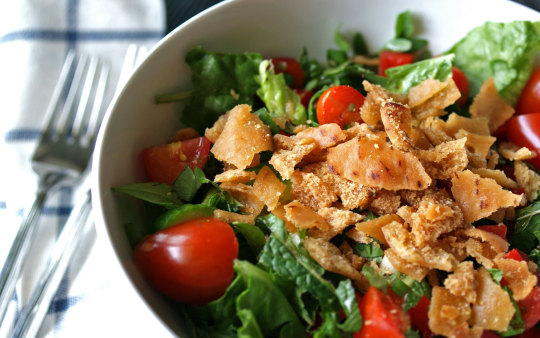 This right here is Khubz. Khubz is also known as Arabic bread, Lebanese bread, or Syrian bread, is a round leavened Middle Eastern flatbread, that forms a staple of the local diet from the Arabian Peninsula to Morocco. It originated in the Middle East and can be found all over Marrakech which is where I had these warm deliciousness. 😋🍞🇲🇦 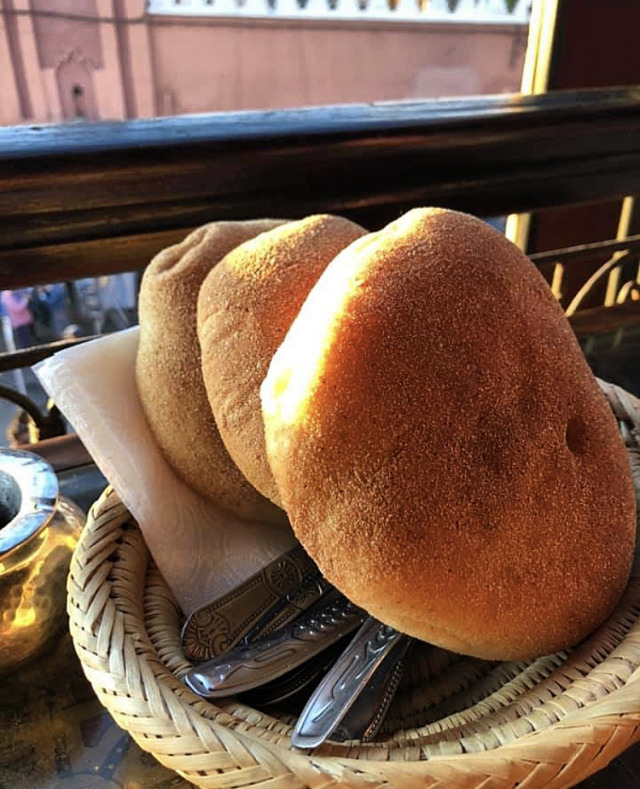 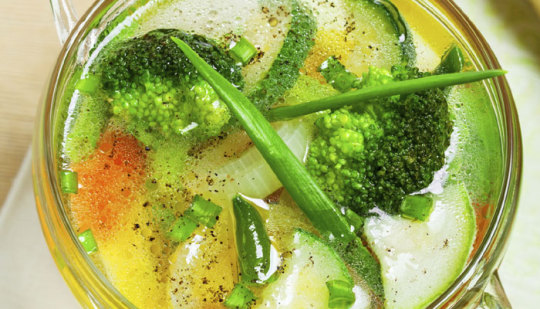 Clean and cut the Broccoli in to small pieces. Put oil in a pan and add sliced onion, slit green chili, curry leaves, cinnamon stick and cardamom. Sauté it till the onion gets in to translucent.
Add little water and coconut milk cooks the broccoli.

When it cooked 3/4th add the rest of coconut milk and finish the cooking. Garnished with curry leaves and serve hot.

(The following recipe has been shared by The Gateway Hotels & Resorts)