After the tragic events of Notre Dame de Paris and the fire that was as overwhelming as spectacular, words of support poured in from all over the world, including La Fenice. The scene of Venice has had its share of misfortunes and setbacks but has always emerged stronger and more beautiful Like the Phoenix which it bears the name. Back on the history of a mythical venue. 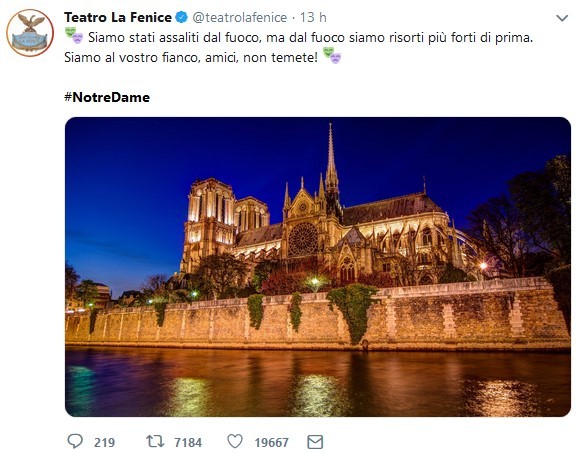 In the history of opera, Venice occupies a particularly prominent place, since it was in the City of the Doges that opened, in 1637, the first public lyric theater and paid. Breaking thus with the court performances, the Venetian opera will conquer the favors of this new public by presenting works that do not hesitate to alternate comic and tragic scenes and which, above all, highlight the “prima donna” , and, very quickly, this “primo uomo” that will be the castrato. Many rooms will open next to Venice, where in the 17th century Handel and Alessandro Scarlatti triumph.

It was in 1787 that “La Nobile Società”, owner of a theater from which she had just been expelled, decided to build a new room, dedicated to the pleasures of the eye and the ears of the spectator. This elegant house with two entrances, one on the canal, the other on a square, will then undergo some transformations especially after the fire of 1836: but it will be reborn from its ashes, like the Phoenix of which it bears the name.

On the night of January 29, 1996, for the second time in its history, fire ravages the theater. The interior is completely destroyed, only the foundations resist.

The theater will be completely rebuilt identically and it re-opens on December 14, 2003 with a week of inauguration and major concerts. The opera season will continue in the other two halls and will be welcomed back into the theater in autumn 2004 with Verdi’s La Traviata, which was premiered in the same theater.

To all of them it seems essential to continue the extraordinary story of a hall that, not content to be one of the most beautiful in Italy, has also been a place of incessant creations. From Rossini (TANCREDI, 1813) to Luigi Nono (INTOLLERANZA, 1960), all the great Italian composers gave here the first of many of their works to the Venetian public. Verdi has created five of his operas in Venice: ERNANI, ATTILA, RIGOLETTO, LA TRAVIATA, and SIMON BOCCANEGRA. Moreover, since the time La Fenice offered the first Italian RIENZI and RING Wagner, the Venetian hall has also become a scene of international creation, where, for example, three of the most important operas of our century have seen the day in a few years: Stravinski’s RAKE’S PROGRESS (1951), Britten’s NUT TOWER (1954), and Prokofiev’s ANGEL OF FIRE (1955). 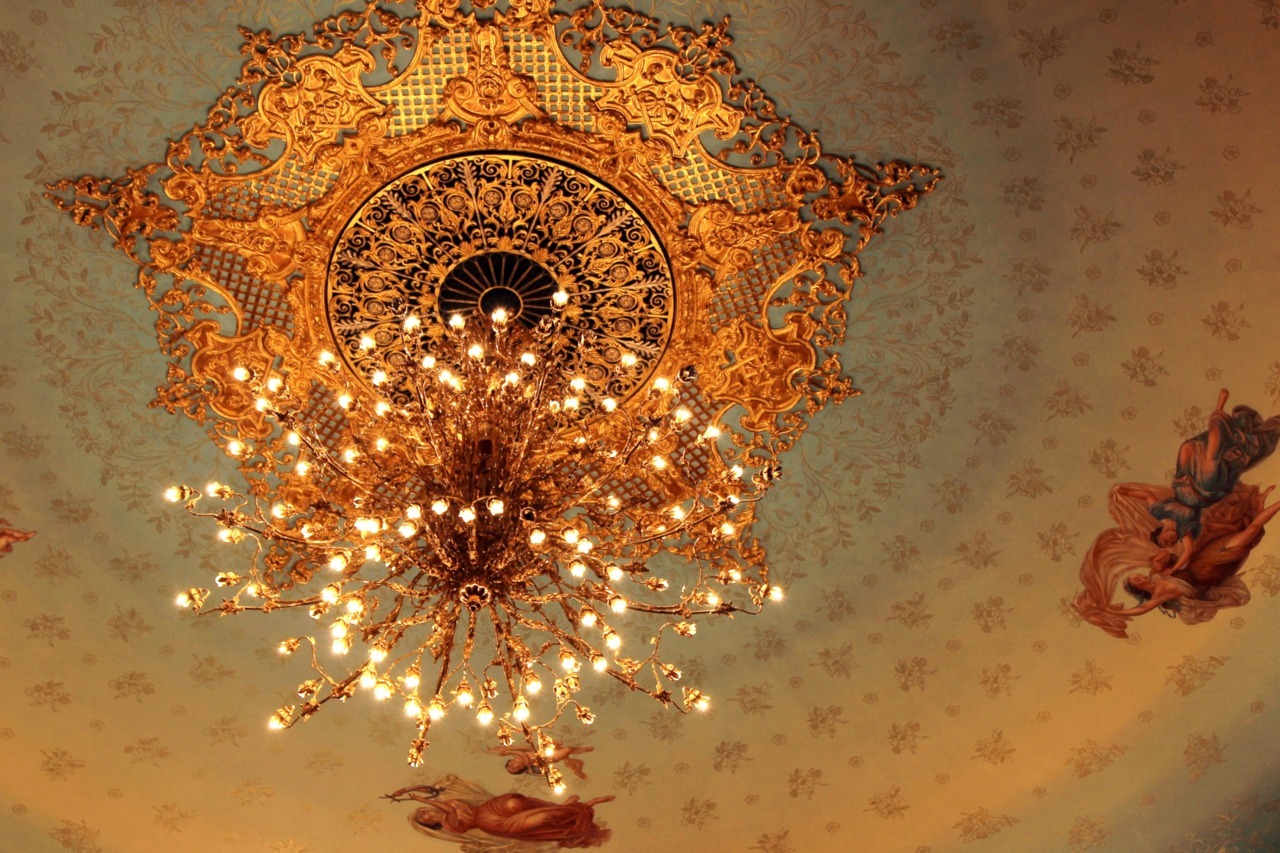 Italy was a night that is still vivid in the minds of many Venetians. The Teatro La Fenice, one of the famous opera houses in Venice, considered to be the most beautiful in the world was burnt to a cinder on the night of January 29, 1996. The fire which according to some eye witnesses started around 9 in the evening could be quelled only after a 9 hour fierce battle and left only a shell of the imposing building, while the interiors were completely destroyed, posing a grave risk to the structure.

A routinely patrolling police boat first detected the smoke pouring out of the front of the theatre. Fire fighting boats were immediately summoned but little could be achieved since the construction company appointed to attend to renovation work had drained the canals that led to the opera house. Helicopters then joined the rescue efforts and in a daring bid filled buckets of water from the channel down below, fastened them to the bottom of the chopper and made valiant attempts to douse the roaring flames with this pitiful supply. Houses in the immediate vicinity were evacuated for fear of the inferno spreading but to the good fortune of the Venetians that night, it was hardly windy to encourage the flames and cause more destruction than what was already accomplished.La Fenice took birth from the leading opera house, San Benedetto Theatre that was also a victim of a devastating fire in 1774.

The theatre company decided to build a new opera house elsewhere, after a dispute with the owners of the original building. Construction began in 1790 and the auditorium was ready by May 1792. It was aptly named, La Fenice alluding to the Phoenix – the mythical bird that rose from its own funeral ashes to live a new cycle of life with renewed youth, very like the theatre company itself! The year 1836, again saw the opera house burn down but within a period of twelve months it was brought back to its original glory. Names of great maestros like Rossini, Bellini, Donizetti and of course Verdi are still associated with La Fenice. 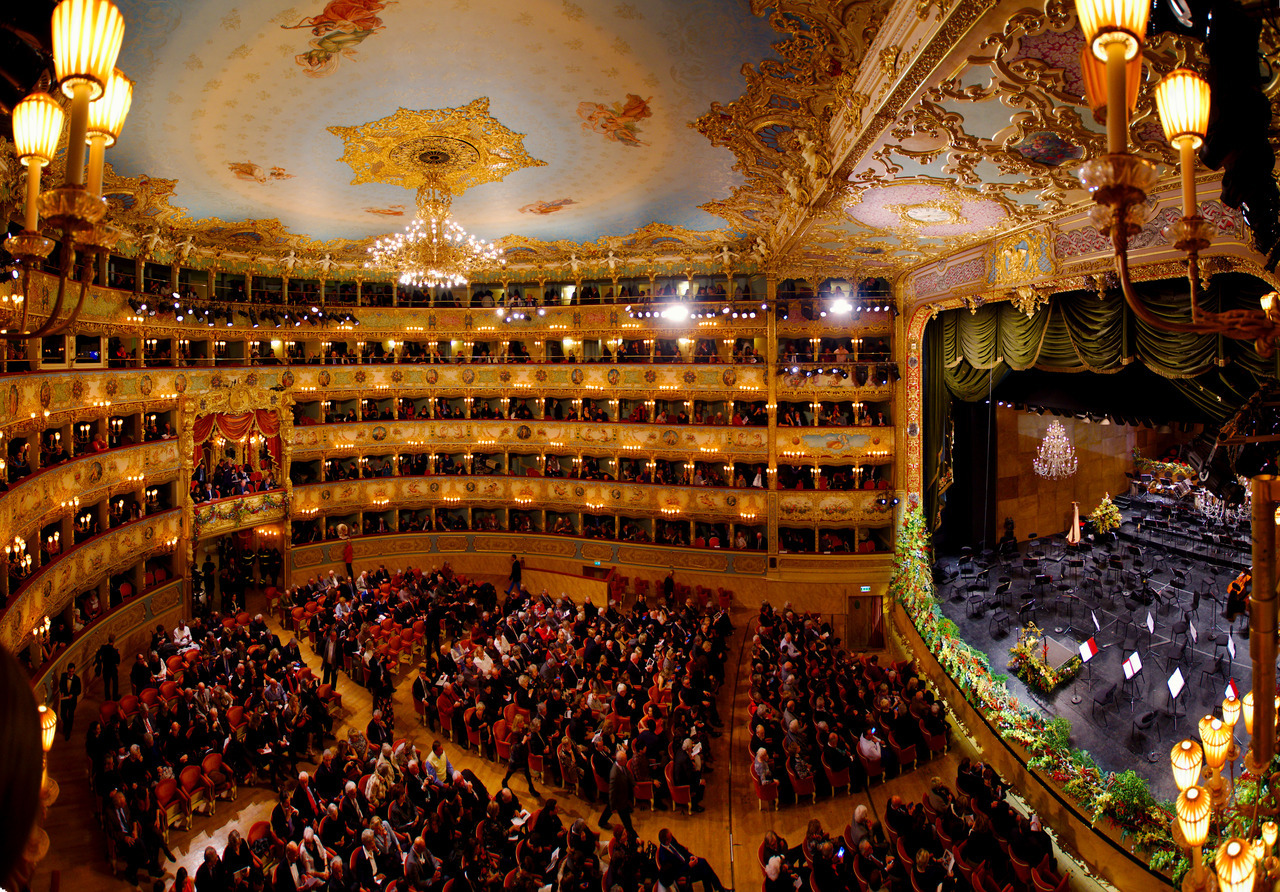 Costa erected a digital clock at the construction site and set the deadline for completion of most works at December 2003. The move kept the tempo of the work going at a smart pace and the spirits of the local Venetians buoyant! It succeeded in reminding the workers too, how little time was left and goaded them to give their best!International funds poured in to make the auditorium reverberate again to the notes of music and operas. The Americans for instance, paid for the beautiful ceiling, while the British provided the impressive chandeliers that dot and sparkle at the opera house today. The French were not far behind and paid to become members of La Fenice’s Board!The restoration of La Fenice to its original glory was nothing short of a miracle, given the fact that there was neither space to work, nor time to waste.

The concrete used in the building had to be pumped underwater from a platform on the Grand Canal. Many things like the ceiling had to be put together elsewhere and then brought down to the site for installation, piece at a time. Much of the building material was ferried by boats, estimated to be some 5 thousand trips altogether! The spirit of those involved was such, that every hurdle was met and humbled eventually!Finally the new theatre was ready, dressed in its marble foyers, magnificent stairways and beautiful flooring, exactly as it was when it first started in 1792. 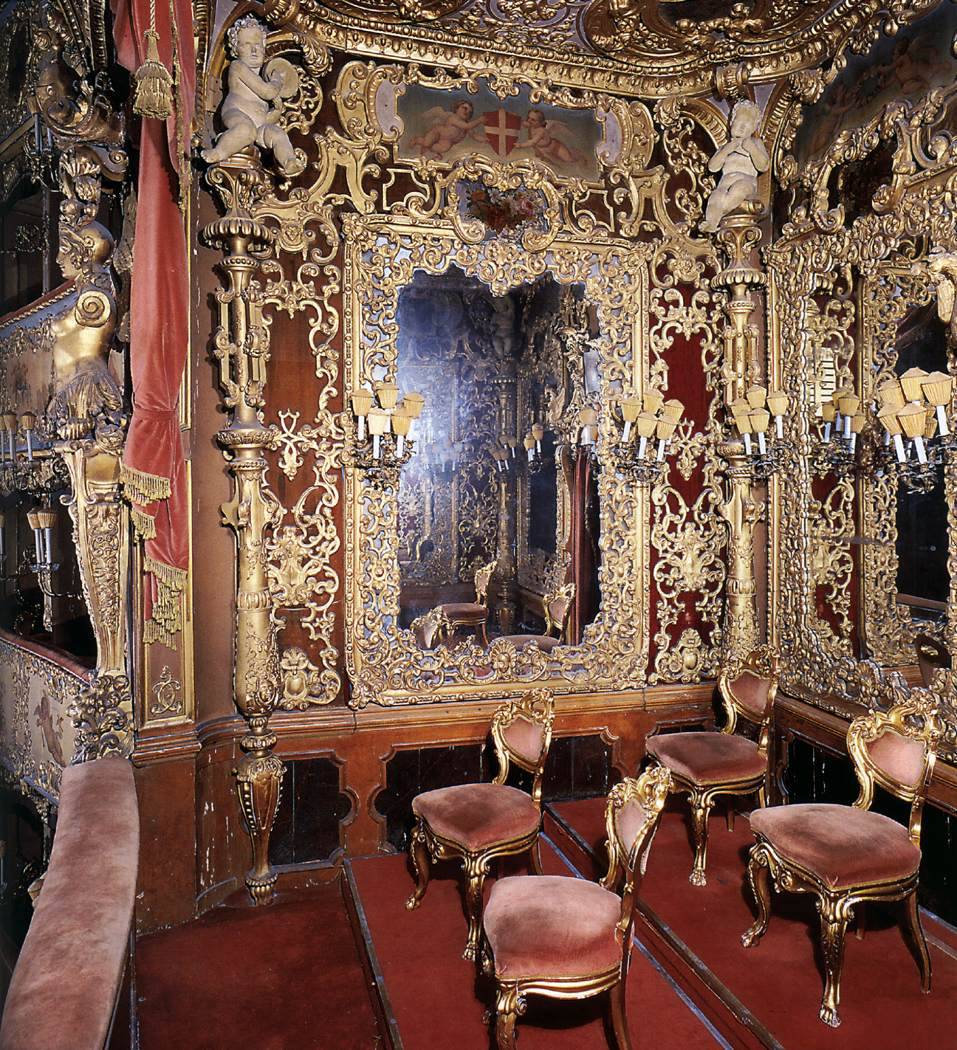 It had a very emotional reopening with an inaugural concert of Beethoven, Wagner and Stravinsky on 14 December 2003. In November 2004, La Fenice hosted its inaugural opera, Verdi’s La Traviata in honor of the maestro who wrote it in 1853 and premiered his work at the very theatre, with four other operas following, years ago.Despite the general relief and euphoria at the reopening of the auditorium, there were people who claimed it would have been more practical to build a brand new opera house instead of the 38 million pounds spent on the entire restructuring project. The theatre’s administer Giampaolo Vianello silenced them with only a few words, truly said, ‘ But this is Venice, we cant do that! We must respect the past!’