Now, in midsummer, Finnish people are celebrating this thing called Juhannus: it’s basically a celebration of midsummer and light, which we indeed have a lot of this time of year. I’m sure other countries have similar celebrations, but I thought I’d tell you how we celebrate it here in Finland!

So, first, the name juhannus actually comes from Christianity: some people say it’s the birthday of the Saint that baptized Jesus! John The Baptist. The Finnish form of the name John is Johannes, so johannes, juhannus, see where the name comes from? However, I know exactly 0 people who really celebrate juhannus because of that. It used to be a festival related to the old religions here, from the time before Finland became Christian.

When do we celebrate it, exactly? Well, since 1955, juhannus has been celebrated – in Finland and also in Sweden, but probably not as juhannus – on the Saturday between the 20th and 26th of June. This year juhannuspäivä (”juhannus day”) falls on 24th of June, while juhannusaatto (”juhannus eve”), which is when most of the celebration takes place, is 23rd of June.

How do we celebrate? The most common way is to get together with friends, maybe go to a summer cottage, by the sea or one of our 187 888 lakes, and get drunk. Of course. Finns love all the holidays that give us a reason to get drunk. It’s a little sad, really.

Of course, when you’re drunk, it’s a great idea to go for a swim, especially if you can’t actually swim while sober! That is why many people drown during juhannus, I checked the news just a while ago and already two people had done just that. It’s… also pretty sad, really.

Anyway, there are also people who don’t get terribly drunk on juhannus. The way most people usually spend juhannus is that we go to their summer cottage in the beautiful Turku archipelago,  go swimming , go to sauna, roast or barbecue sausages, and just enjoy the summer with the whole family. 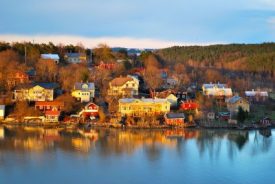 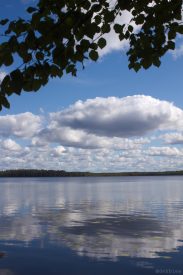 And, of course, a crucial part of celebrating juhannus is the juhannuskokko. Bonfires are burnt around the country. It’s a tradition! It was originally used to fend away evil spirits, I’ve heard.

There are also specific ways to decorate your house during juhannus. The most common and simple way is perhaps the juhannuskoivu. People cut down small, young birch trees and tie them to the doorposts of the front door of the house. The same thing is practiced in Sweden, too, which is not a big surprise since  Finland has been influenced by Sweden quite a lot. I mean, also not a surprise, since Sweden invaded Finland and stayed  for ~600 years. Another common decoration are just… flowers. In my experience, at least.

In Finland’s Swedish-speaking areas and in Åland juhannussalko is a tradition too. It’s also used in Sweden, as well as similar things being used in other European countries, but usually during some other time than midsummer. It’s called a maypole in English, a tall, wooden pole decorated with flowers and such. People dance around it, and, I’m sure a lot of people know what they’re for.

I mentioned sauna very quickly, but it is a tradition to go to sauna on juhannus. It’s called juhannussauna. You’re supposed to make a fresh vihta or vasta  – there is a lot of debate on which is the correct word – from the branches of the juhannuskoivus you just cut from the forest, though any birch tree is fine. When the vihta/vasta is made around juhannus, the leaves are as big as they’ll get but also still soft, so they’re perfect for what you’re supposed to use them for – hitting yourself and everyone else in the sauna with you.

Yes, that is really their purpose, but you’re not supposed to hit them so hard it hurts, just… Hit them. Carefully. Not as if you were whipping them to death with a bunch of birch sticks and leaves. People do this other than on juhannus, too, by the way. I’ll make a post about saunas someday, so I’ll talk more about vihtas/vastas too.

There are also a lot of music festivals in Finland during summer, and juhannusfestarit is a thing.There are other, smaller celebrations too, of course, and there is the event called juhannustanssit. People get together to… dance, really, and probably also to drink. I don’t know, I’ve never been to one, as far as I remember.

Then, there is also the most important part of juhannus… Juhannustaiat! Juhannustaika is like a “spell”, usually to try to find our your future spouse or to get a good harvest. For most spells you had to be naked for them to work, had to run around fields and saunas and look into wells and jump over brooks and stuff, all while naked. There is, however, one juhannustaika that is still practiced to this day (not saying that the others aren’t, but I personally haven’t done any of those) though probably not that seriously.

It’s very simple, and I’ll tell you how to do it, so you can use it some juhannus, wherever you live! If you can find flowers nearby, I mean. Anyway, it goes like this:

Dating tips from DREV to you all. <3 And happy midsummer, hyvää juhannusta! (Or what’s left of it!)