Every Athenian knows Aegina. Only an hour away from Piraeus, it’s a go-to weekend destination in the summer, where everyone has a friend with a house, and you are bound to bump into someone you know. The island feels like a different world from the capital.  Travelling there you will feel at  home and fall in love  with the colors, the cozy decoration and the natural life of this lovely Greek island.

Aegina is a small island, without many tourists. It’s popular with locals on public holidays, as Athenians make the journey south to the island for peace and quiet away from the capital. But Aegina has never seen mass foreign tourism, and remains delightfully Greek. 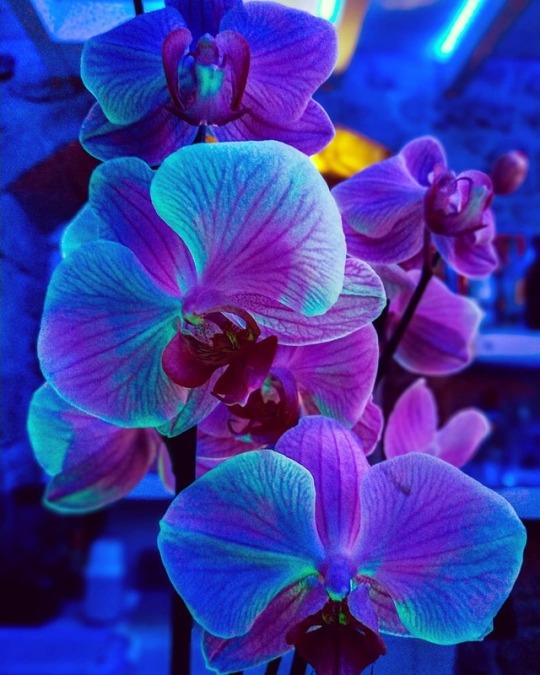 From wild beaches, ancient ruins and pistachio groves, to the sleepy harbour, traditional fish market and splendid Orthodox churches — Aegina is a wonderful island that’s perfect for getting away from it all. 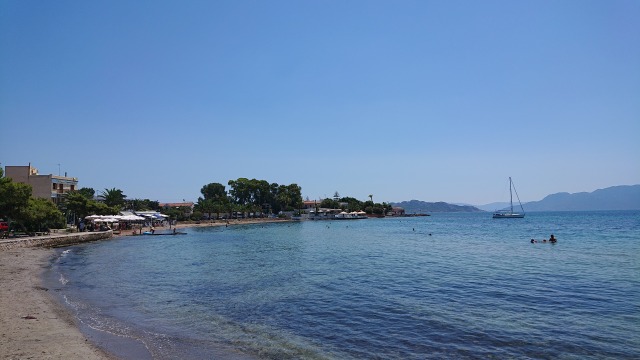 According to Greek mythology, the island took its name from a nymph, daughter of the river god Asopos, whom Zeus fell in love with. He carried her off in the guise of an eagle to the island of Oenone  which would  named after her later on. All this so she could avoid the wrath of her parents. Asopos was known for fathering 20 beautiful daughters, of whom he was greatly protective, although this did not stop Zeus having his way with the likes of Thebe and Plataea, and his brother, Poseidon, also took advantage of Salamis and Euboia.

The abduction of Aegina had actually gone unnoticed by Aposos, but the river god was soon informed of events by King Sisyphus of Ephyra. Informing on the actions of Zeus was just one of the indiscretions of Sisyphus which would see him tortured in Tartarus for eternity.When Aposos travelled towards Oenone to retrieve his daughter, Zeus threw down several thunderbolts and warning shots, and so Aposos had to return to the Peloponnesus without his daughter. 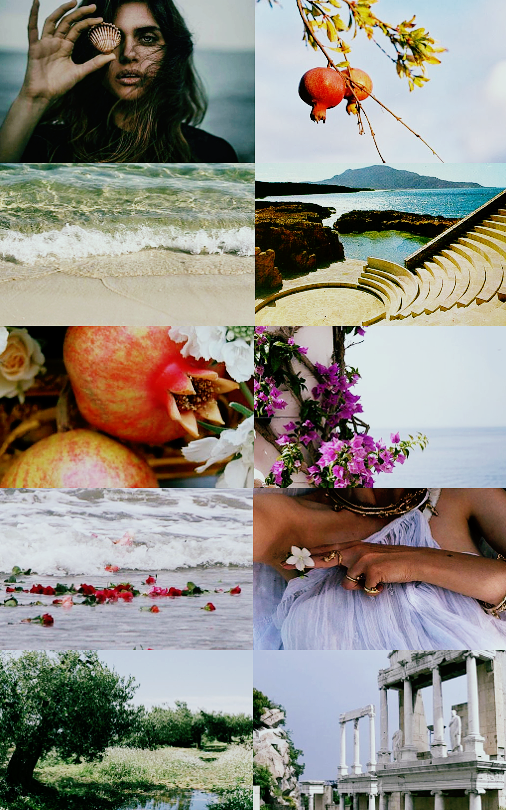 Aegina bore at least two children: Menoetius by Actor, and Aeacus by Zeus, both of whom became kings and one of the three Juges of the Hades for Aeacus along with his half brothers The Cretan Kings Rhadamanthys and Minos.

The mortal son Menoetius was king of Opus, and was counted among the Argonauts. His son was Patroclus, Achilles’ first cousin once removed through their paternal family connection to Aegina, and his intimate companion.

The immortal son, Aeacus, was the king of Aegina, and was known to have contributed help to Poseidon and Apollo in building the walls of Troy. Through him Aegina was the great-grandmother of Achilles, who was son of Peleus, son of Aeacus. When the city of Aegina was depopulated by a plague sent by Hera in jealous reprisal for Zeus’s love of Aegina, the king Aeacus prayed to Zeus for the ants that were currently infesting an oak tree to morph into humans to repopulate his kingdom. Thus the myrmidons were created. 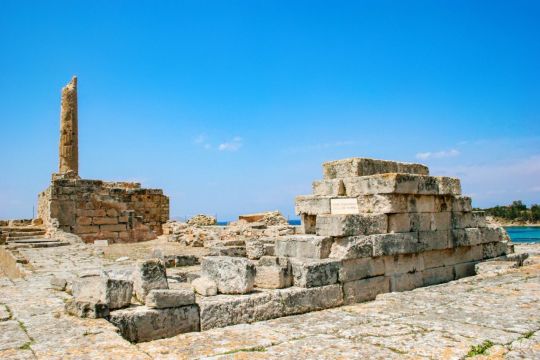 The colour of the sea off Aegina is a dazzling blue-green even in winter. When I visited the island in February, I was treated to days of glorious warm sunshine. Daylight hours were short, and the air was chilly in the early mornings and in the evenings, but for the hours in the middle of the day it was like summer. 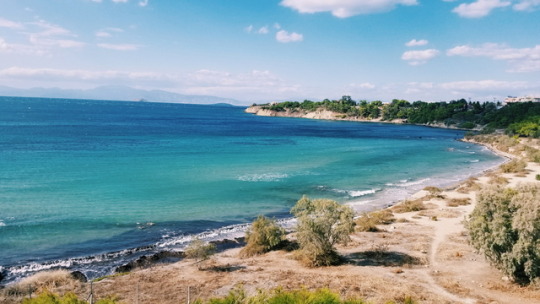 The port and capital of Aegina is a gorgeous coastal town with neoclassical houses, traditional taverns by the sea and vivid nightlife. Don’t miss out in the beautiful, well-preserved neoclassical Aegina Town the walk from the port until the open-air cinema of Akrogiali. After 8 o’clock p.m. in the summer, the main road turns into a pedestrian, and you can walk undistracted before watching a movie by the sea and under the stars. The best time to enjoy

Aegina Town is on evenings, when the sunset colours the harbour with pink and orange hues, and the small white church at the edge of the jetty is in perfect contrast to the whole picture like a painting. Have a stroll in front of the town, by the sea, and then, you can drink coffee or a cocktail in one of the numerous cafés and bars or eat in a traditional seafood tavern, overlooking the Saronic Gulf.

Another interesting spot on the island is the town of Agia Marina, on the southern-eastern side of the island. In a close distance to the temple of Aphaea, Agia Marina is a touristic resort, where you can spend an ideal day with your family in the long sandy beach with the shallow waters, and then eat in the nice fishing village there. In addition to the main beach, there are also many beach bars in the small coves around the village. 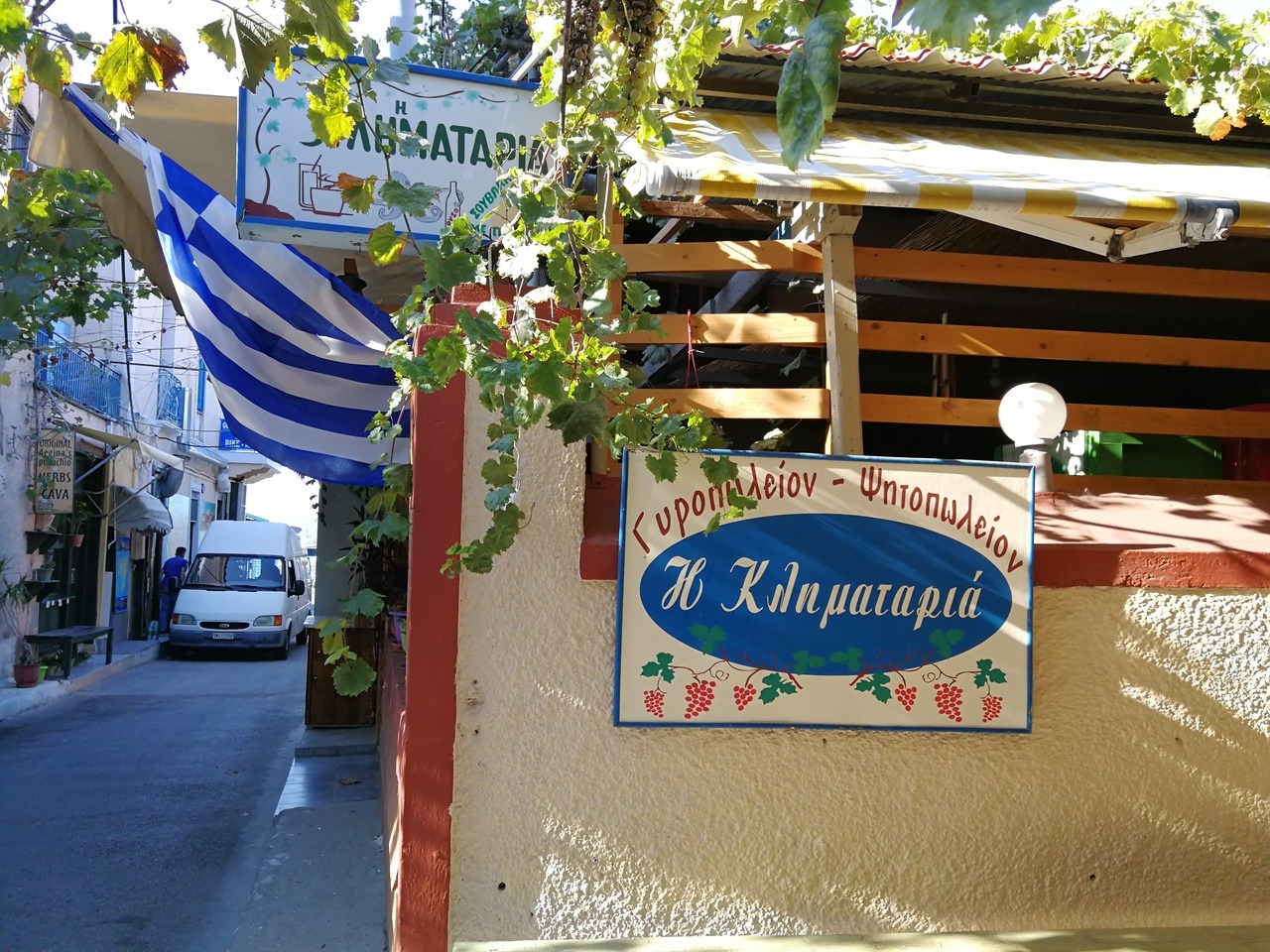 Aegina is a place of rich history. The Temple of Aphaia is arguably the jewel in the crown of Aegina island, wander around Paleachora, visit the archeological site of Kolona. Spend your Aegina.

The cosy fishing village of Perdika, on the southern side of the island, with Greek taverns by the sea with fresh fish, caiques and the hospitable locals is the best option to forget being so close to Athens.  Moreover, from there, you can make a day excursion to the green islet of Moni just across Perdika and swim in emerald waters in a scenery away from the crowds.

The lighthouse, on the road to Souvala, the second port of Aegina on the northern side of the island, is the best spot to watch the sunset. Sitting at the edge of the peninsula in the district of Plakakia, near the white chapel is a magnificent way to explore the hidden beauty of Saronic Gulf.

The island of Agios Nektarios

One of the most visited sites on Aegina is the church of Agios Nektarios. Agios Nektarios of Aegina (1846-1920), is one of the most widely known Greek Orthodox Saints. He was officially recognized as a saint by the Ecumenical Patriarchate of Constantinople in 1961. Each month, thousands of people visit the tomb of Agios Nektarios, to pray to him, or ask for his blessings, which always seem to be answered. His memory is celebrated by the Church on his nameday the 9th November. 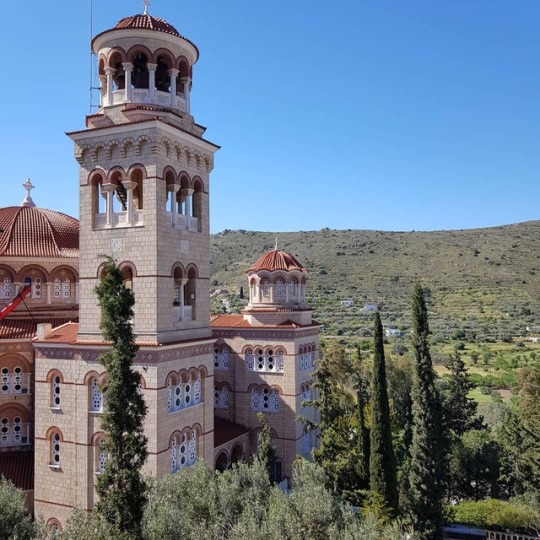 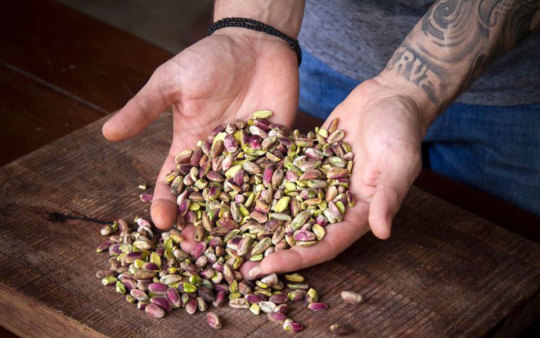 Visitors should keep an eye out for the houses of legendary artistic figures, such as Nikos Kazantzakis, Yiannis Moralis, Nikos Nikolaou and Christos Kapralos on Kazantzakis Avenue in the area of Plakakia, the most artistic and elegant district just 3 km away from Aegina port. Aegina’s Folklore Museum is definitely worth the visit as well for its collection as for the neoclassical building built in 1928 that hosts it. Don’t forget to visit the Christos Kapralos Museum, which extends over six rooms at the prominent sculptor’s former studio in the Plakakia Area. It hosts a considerable part of his body of work. The iconic Tower of Markelos, which was erected in 1802 and used during the rule of Ioannis Kapodistrias to house the public treasury and military headquarters, is a jewel of the old city.

Pachia Rachi is a settlement at the foot of Mount Ellanion, which is Aegina’s highest mountain, that features cobblestone pathways and a magnificent sea view. Watching the sunset from there is just breathtaking. Mount Ellanion is also interesting for its ancient trails, such as the trail from Sfentouri to Eleonas, the walking route from Marathonas Beach to Pachia Rachi or the trail from there to the Monastery of Panagia Chrysoleontissa. If you love hiking, try also the eastern part of the island by heading north from the village of Anitseo or take the route that begins at Mesagros and ends at the temple of Aphaea.

How to get to Aegina island 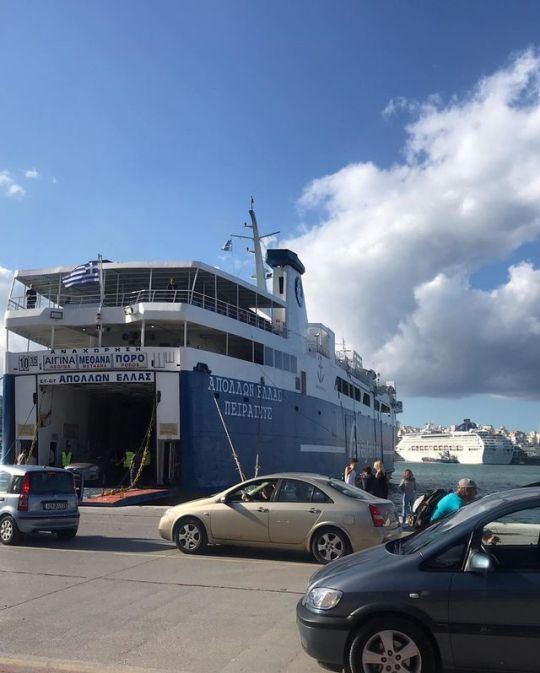 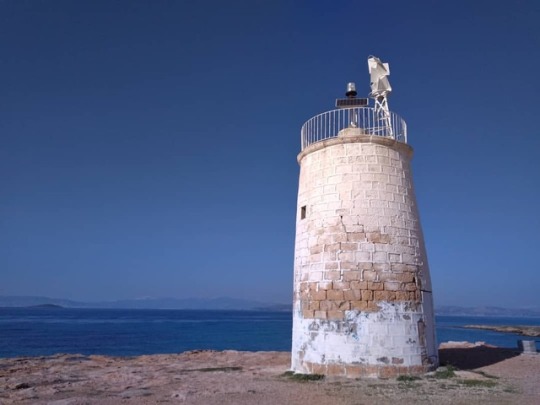 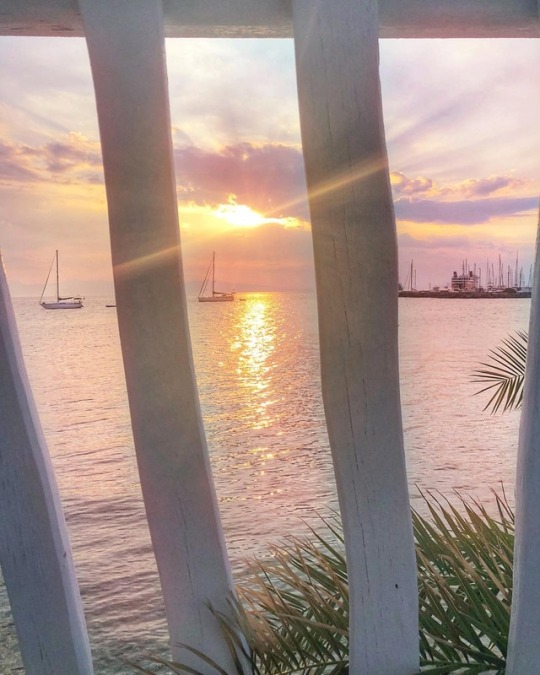 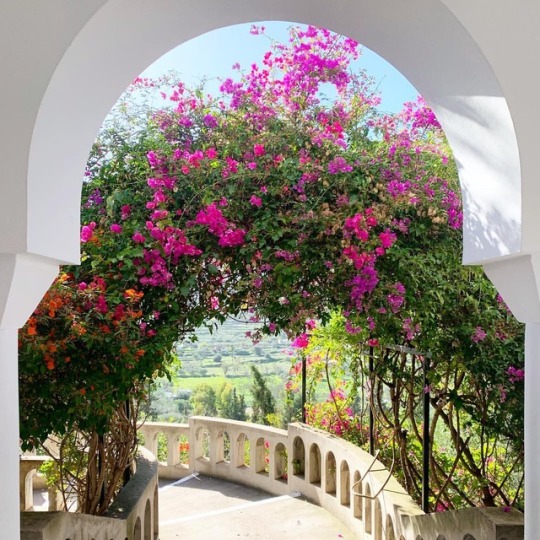 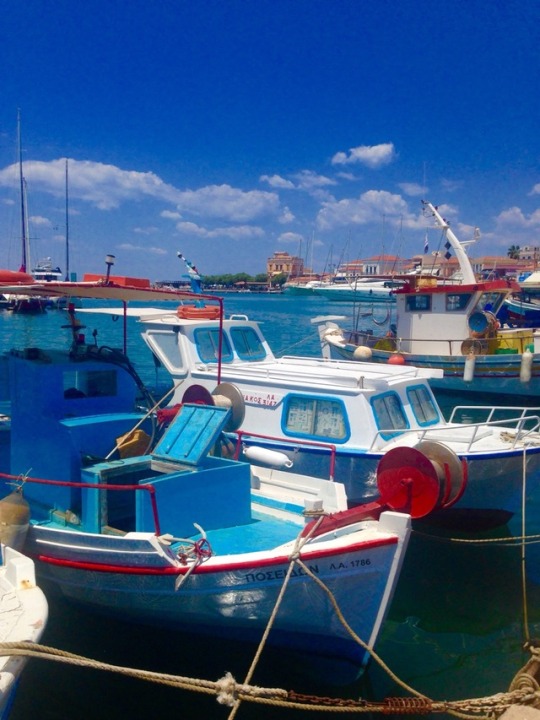 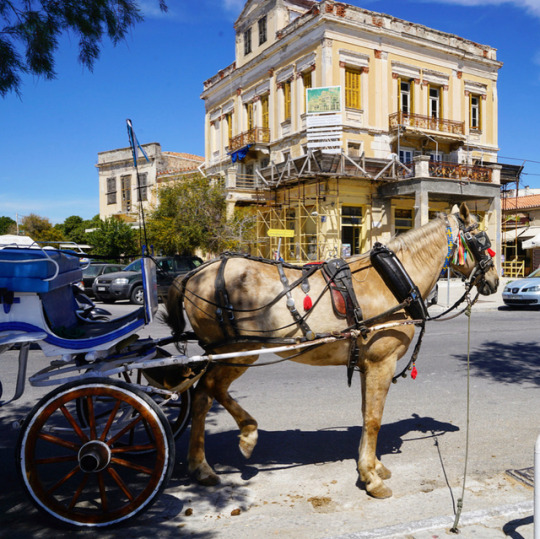 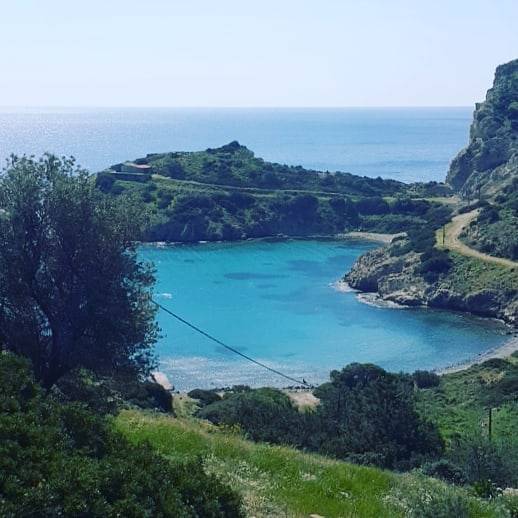 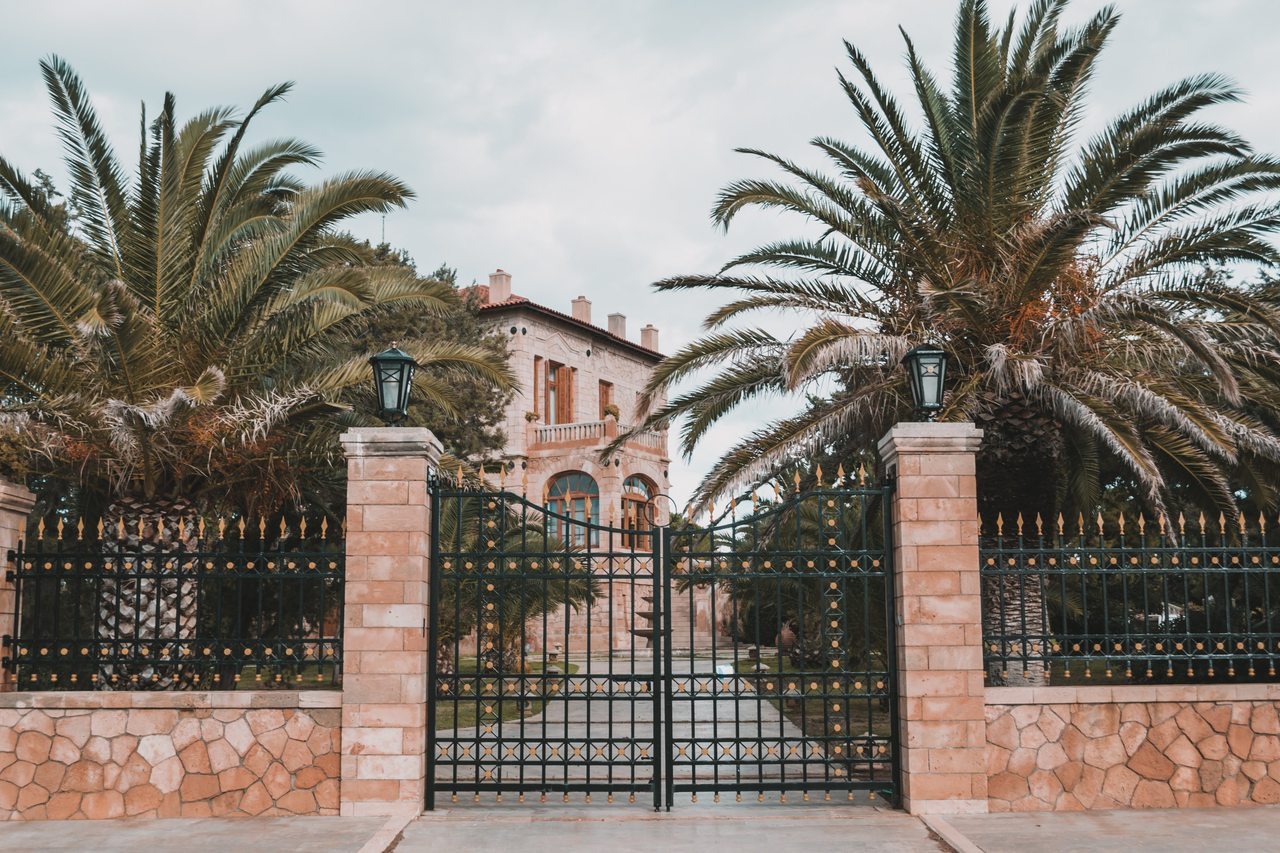